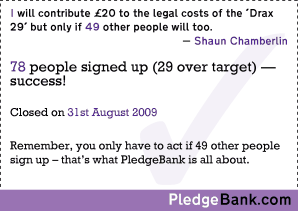 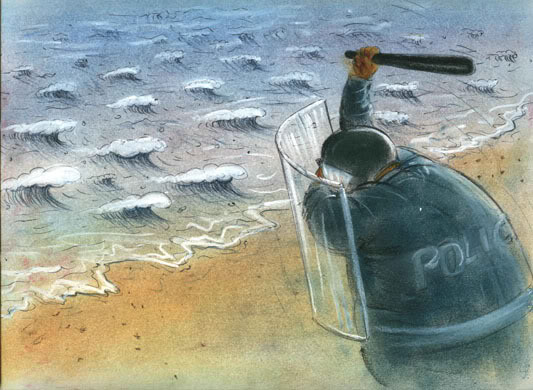 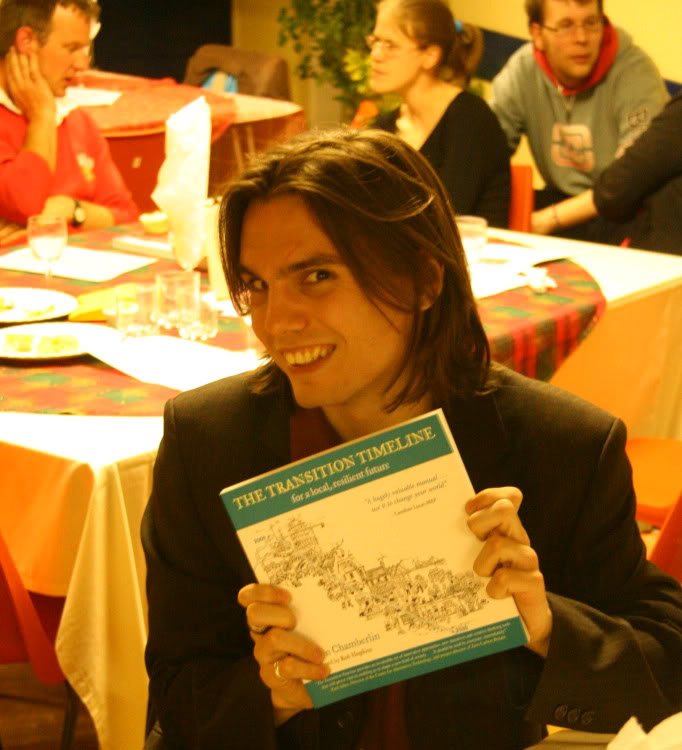 Despairing of Ed Miliband, Becoming a Filmstar, and Other Adventures

It has been another crazy whirlwind of a month, with this weekend set to be the first in five which I get to spend in Transition Town Home, having spoken recently in Bungay, Glastonbury, Belsize Park and the Forest of Dean, as well at the Transition Conference (I hate that name, can't we call it a 'Gathering' or something?) in Battersea, and at the Sunrise Celebration Festival. One highlight for me was watching the world première of the movie "In Transition" and being surprised and delighted to find that I was in it (having completely forgotten the quick interview they grabbed with me at my book launch!). Another was meeting an A-Level teacher who is already using my book as a teaching aid for his Environmental Design students. But perhaps of wider interest was the fact that Ed Miliband, Secretary of State for Energy and Climate Change, turned up at the Transition Conference as a 'keynote listener', but still managed to drop a few bombshells. 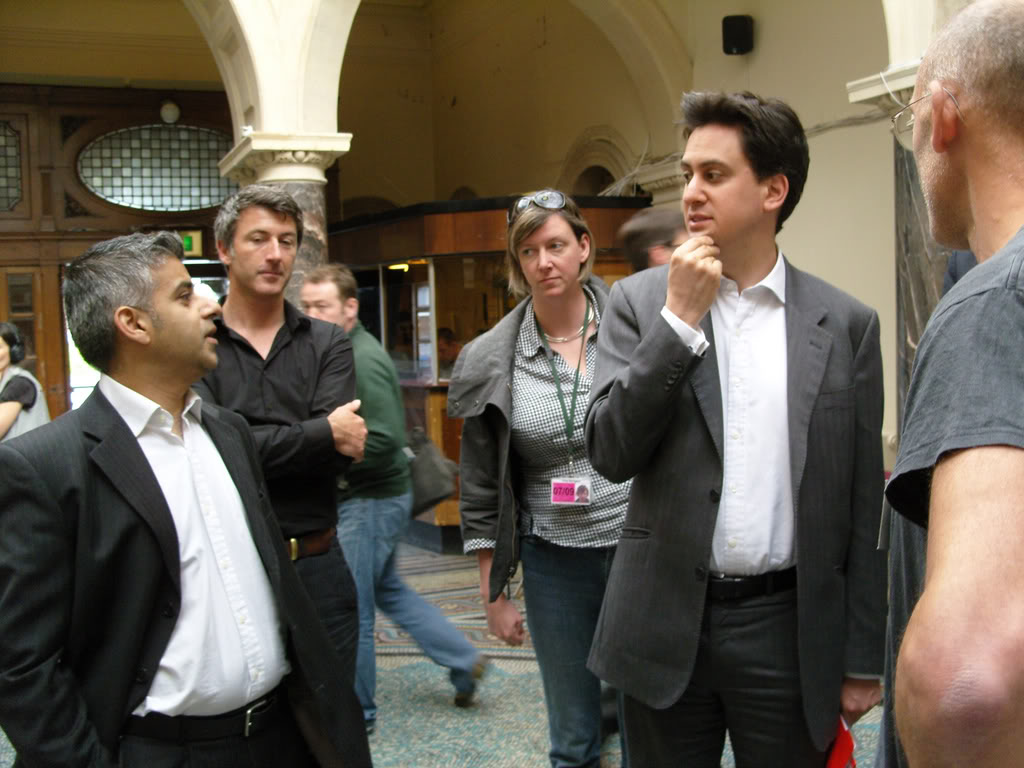 When we buttonholed him for a bit of a chat (audio here, courtesy of Traydio.com), I was pleased to hear that he understood the need for Government to remain a step removed from the Transition movement in order to avoid "strangling" it. However, I must confess I had to refrain from gasping as he declared that: "If you think about the history of the debate on peak oil as I understand it, climate change makes debate about peak oil a bit of a second-order debate, because we have to start making the transition to low carbon forms of energy in any case. Whether you think that peak oil's in 2020, 2030 or 2040... I don't need to have the debate about peak oil... to know that we have to start making the transition as quickly as possible." Where to begin? Clearly Ed's understanding of the history of the peak oil debate differs a little from mine. Let's start with the obvious - with many experts agreeing that we likely saw peak oil last year, for our Minister for Energy to be pondering how many decades in the future it might lie is, frankly, terrifying. But what I personally find even more worrying is that he (and thus presumably his department) has not yet grasped that climate change and peak oil often pull in opposite directions. Perhaps Ed should cast his eyes across the Atlantic to the US Congress, where the advocates of Climate Change Bills (to implement strict carbon budgets) are doing battle with the champions of Energy Independence Bills (to subsidise carbon-intensive tar sands and coal-to-liquids projects). 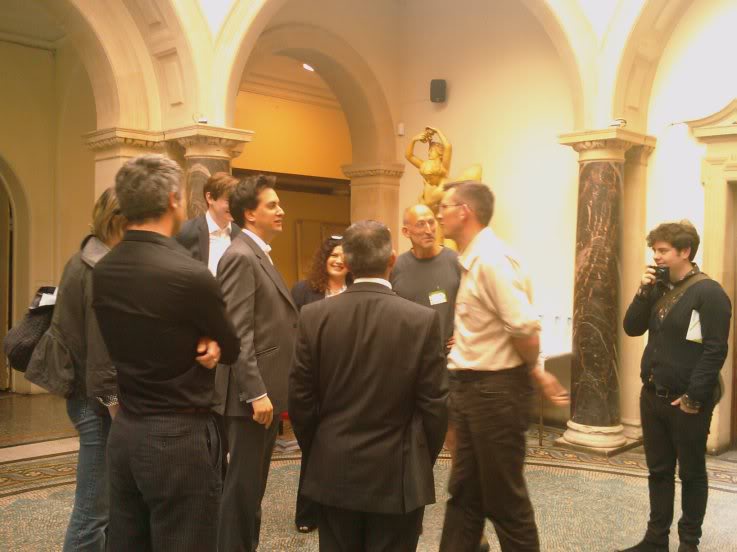 As I wrote here last year, and more recently in The Transition Timeline, there is a very real tension between addressing climate change and addressing peak oil, and policy based purely on one side of this equation could be very destructive indeed. Unfortunately, our government is still caught on the horns of this 'supply side dilemma', and is desperately casting around for more rapidly-deployable low-carbon energy supplies. It is only slowly dawning on them that renewable supply cannot increase as fast as oil and gas are declining, that nuclear only makes the problem worse, and that coal is not an option if we want a habitable planet. The inescapable conclusion is that if we are to treat climate change with the seriousness which it undoubtedly deserves, then we may well have already entered our years of energy descent. The only reasonable response is to find ways to thrive in this context - to reduce energy demand in line with the reducing supply - but as yet Ed still believes that only Denial sells to the voting public: "In a way I'm less optimistic than you are... you're optimistic that you can persuade people to adopt a sort of "no growth" model of society - I'm pretty convinced that you couldn't persuade people of that... Even if you were right about your model of society, I just don't believe that you're going to convince people of that" Actually, I do agree with Ed that we need to think long and hard about what "economic growth" actually means before we debate whether we want it, though I'm not sure we'll see eye-to-eye when that debate reaches its head. Of course it doesn't come as an overwhelming surprise to see my perspective deemed darker yet more optimistic than the Government view, but since the Transition Vision of the future seems about the only desirable outcome out there to shoot for, I think I'll just keep right on shooting, whether Ed rates our chances or not. Having said that, with Rob's recent post on 'burn out' in mind, it's definitely time for a day off for me. Tomorrow is my birthday, and I will be taking a hard-earned breather at Kew Gardens with my beautiful and inspirational girlfriend. Back soon! 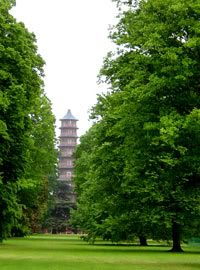 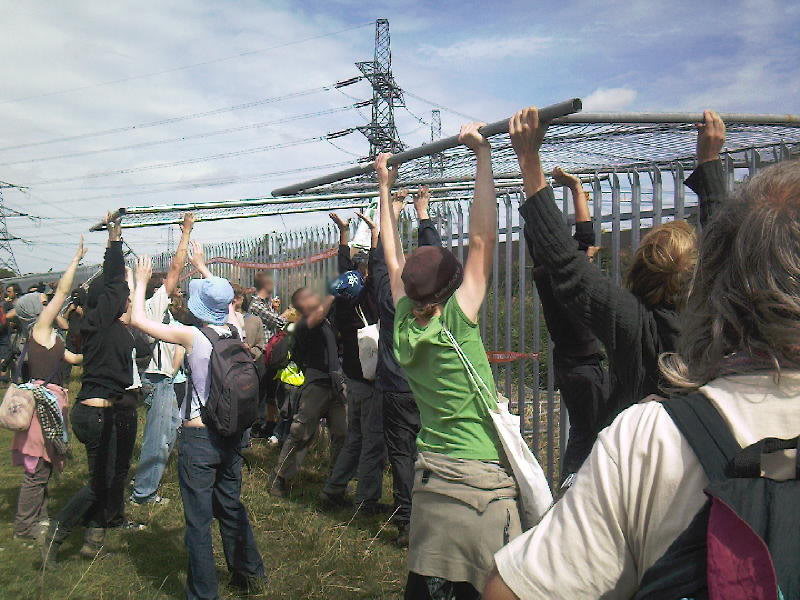 (pic - yesterday's non-violent direct action at Kingsnorth, courtesy of Indymedia)
I'm back from this year's Climate Camp, and was deeply impressed with what I found there, both in terms of the organisation of the site (carried out largely by social anarchists) and the attitude and behaviour of the protesters. The Camp is still running as I write, and I know large numbers of people are remaining to clear the site of all traces of our presence (in line with the request of the landowner), but for me it has been the most enjoyable, inspiring and re-energising of weeks. Judging by the media response I wasn't alone in this. The New Statesman featured a very complimentary piece, which actually singled out the workshop I ran with Adam Thorogood of the Centre for Alternative Technology and went so far as to suggest that Gordon Brown and his Government are missing out by not engaging more fully with us and the rest of the brilliant people at Camp! The author also couldn't fail to mention the truly exceptional organisation of the site itself and its facilities. This was arranged in a totally non-hierarchical fashion, but the bulk of the work was carried out by advocates of social anarchism, and it was impossible not to be impressed upon seeing their philosophies in action. The police were excluded from the site, and in the absence of any authority figures what I found inside was great locally-sourced food, clean user-friendly composting toilets, solar-powered showers, electricity, internet access, film screenings, unimpeded passionate debate, music, dancing and a warm sense of welcome and community spirit. What I didn't find was any crime or fear of crime, or even any litter. And all this without the need to part with a penny in payment (voluntary donations welcome, but not solicited). It certainly gave the lie to the media's one-dimensional portrayal of anarchists. Yet for me the most impressive aspect of the week was the non-violent direct action on yesterday's Day of Action at Kingsnorth Power Station. As illustrated above hundreds of people converged on the perimeter fence of the power station and dismantled one fence to make a bridge over another. Having successfully crossed this fence and a moat they then scaled the inner (electric) fence and erected banners before a few decided to climb over into the power station grounds (and the waiting arms of the massed riot police), braving both physical harassment and certain arrest to ensure that the symbolic barrier was breached (see Indymedia for photo/video coverage).

For their part the police were on the whole respectful (and in some cases even supportive), but there was a significant minority who were unnecessarily aggressive. I saw a number of protesters (including a city councillor) physically assaulted, but what most impressed me was the total lack of retaliation, just as was agreed during the preparatory workshops at the Camp. Protesters linked their arms and put their bodies on the line to protect their fellow campers, but I did not see a single blow or item thrown at the police. In the whole day I only saw one man even taunt the police, and he was quickly told to shut up by his peers. According to the Climate Camp website E:on's top PR spokesperson Emily Highmore was close to tears about how badly the week has gone. Maybe the public are finally starting to see through the spin and realise that these unpaid peaceful protesters are simply highlighting a massive threat to our collective future. Even mainstream figures like MP Chris Davies are starting to speak out: "It is my job as a parliamentarian to help make law, but in this instance I welcome the fact that there are people prepared to break the law...Without the use of CCS technology to prevent the CO2 escaping into the atmosphere (new coal power stations) must not be allowed to proceed. If that means politicians joining with other climate change campaigners to sit down in front of bulldozers, then so be it." Hear hear. And finally, I couldn't possibly finish this post without sending my huge respect to the world's smallest climate campaigners, who successfully made it to the top of Kingsnorth's smokestack! Well done to them, and to everyone who attended this year's Camp for Climate Action.