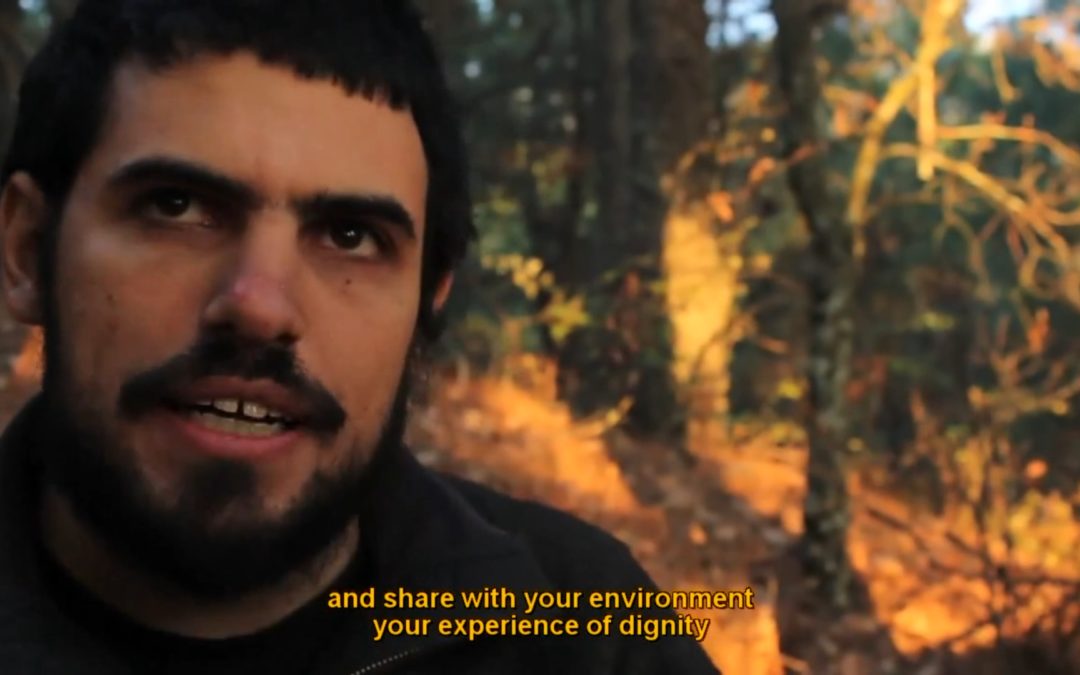 My hero Enric Duran (AKA Robin Bank) has posted the below new video explaining his legal situation and inviting others to join his radical action against the banks. For those who haven't seen it, I strongly recommend watching his inspiring 2008 video first. What I find particularly fascinating about this new video is Duran's statement that "I know speaking of the extension of disobedience, of the risks of detention and prison, brings up our fears and insecurities. But I also know from experience, that the experience of freedom, understood as the consistency between thought and action, generates a feeling of well-being that 1,000 bars cannot block." This echoes the account of another hero of mine, Tim DeChristopher, now in jail, who recently said, "I went into this thinking, 'It’s worth sacrificing my freedom for this'... But I feel like I did the opposite. I thought I was sacrificing my freedom, but instead I was grabbing onto my freedom and refusing to let go of it for the first time, you know? Finally accepting that I wasn’t this helpless victim of society, and couldn’t do anything to shape my own future, you know, that I didn’t have that freedom to steer the course of my life. Finally I said, 'I have the freedom to change this situation. I’m that powerful.' And that’s been a wonderful feeling that I’ve held onto since then." Perhaps these inspirational people are not simply calling on us to show the same level of bravery that they are in defending our collective future, perhaps they are actually inviting us to share in the joy and aliveness that they have discovered?
"I prefer dangerous freedom to peaceful servitude" - Leszczy?ski Stanislaus I