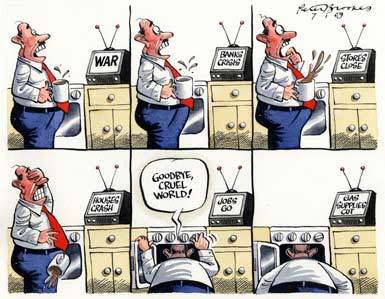 This post was originally written by me as a guest post for Rob Hopkins' Transition Culture blog, but I have kindly given myself permission to reproduce it here ;) So here I am. I fully intended to be giving the England match my full attention right now, but I've been left distinctly restive by this afternoon's long session by Stoneleigh of The Automatic Earth, and feel the need to put some thoughts down. Including the extensive Q&A session her talk lasted virtually three hours and covered a lot of ground, starting from a good runthrough of the 'peak energy' situation, but quickly focusing in on finance, as she believes that this is the factor that will most dramatically shape our immediate future. Notably, the talk attracted almost half the attendees of the Transition Conference, despite the numerous other Open Space sessions taking place at the same time. For me her analysis helped to bridge the gap between comprehension and real understanding. I always feel that I don't have a genuine opinion on something until I can listen to someone argue one point of view, then listen to someone argue the opposite, and truly understand what the root of their disagreement is, so that I can make up my own mind. With finance I have always felt unable to get to the root of the disagreement between those who forecast a cataclysm in the coming years, and those who argue that the system is far more resilient than some give it credit for. That feeling has not been totally banished, but Stoneleigh (both today and in a bar-room chat until 2am last night) really helped me to close some big gaps. She has agreed to email me her slides, but essentially her position is that we are just slipping over the edge into the greatest financial Depression the world has ever seen, off the back of the biggest financial bubble the world has ever seen. This will, of course, bring significant personal consequences for individuals, families and communities. 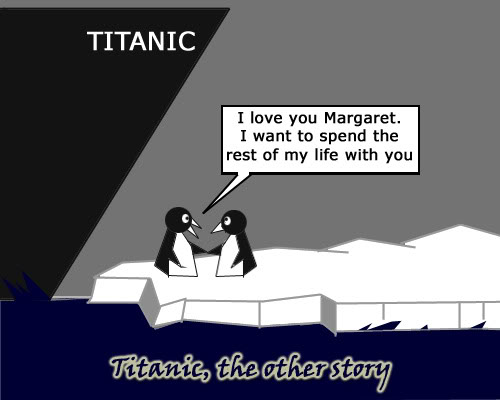 Consequently, her absolute #1 piece of advice to all and sundry is to get out of debt, as debts that may seem manageable now are unlikely to remain so as interest rates soar and property prices plummet (perhaps back to somewhere in the region of their 1970 values). Meanwhile, existing mortgage debts will stubbornly remain just as large, leaving many people in the ordeal of negative equity - their mortgage debt being bigger than the value of their house. She also explained the 'derivatives' market in a usefully clear way. Whereas many of the world's money-making schemes are based on cutting the proverbial cake into smaller and smaller slices, this system is based on giving more and more people rights over a single slice of cake. As this system unravels (as it surely must at some point, since not every claimant can have their cake to eat it), the bulk of the world's money will essentially disappear, creating huge deflation. There will be less money in circulation relative to the amount of stuff, so the value of the money that people do have will actually go up, while earnings drop. As she pointed out, the key issue to be concerned with is 'affordability' not inflation, deflation, wages or anything else. How much useful stuff can you buy with what you have? While not explicit about it as such, she seemed to be ranking the kinds of assets we might hold in terms of risk. In order, starting with the most desirable, that list was: Useful assets - e.g. tools, land, a home that you want to live in, and that can supply what you need etc... Cash - as deflation is likely to raise the value of cash, it's a good thing to have, but cash in bank accounts is quite liable to evaporate. In response to the inevitable question of where we should keep cash, her repeated answer was "be creative". Gilts - Given that holding massive amounts of cash is both impractical and likely to arouse suspicion, she suggested gilts as the next least-risky place to put money. Interestingly though, she believes that while useful productive assets are the most important thing (these are, after all, the source of our ability to support our communities and ourselves), she also pointed out that the price of such assets is likely to drop as the crisis tightens. 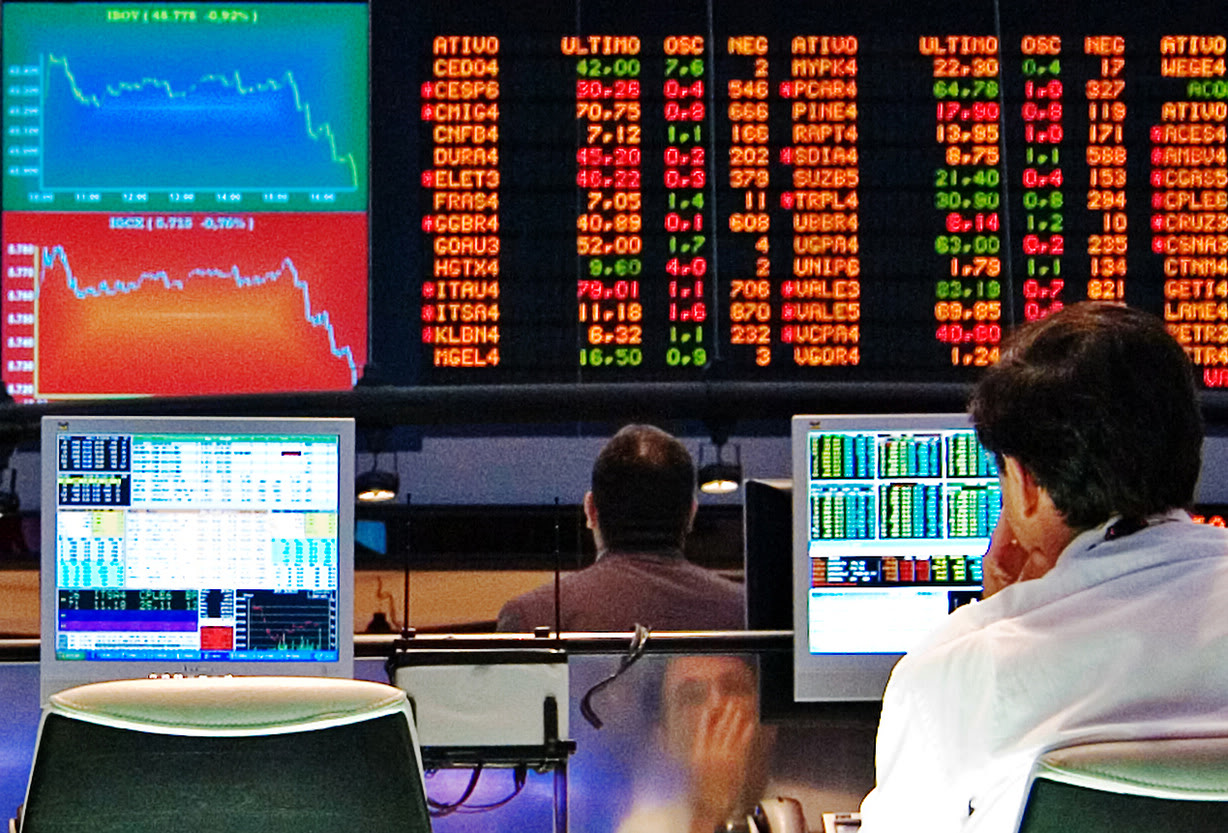 Accordingly, she counselled that one possible course of action for those unable to afford the productive assets they need (land, say) without going into debt, could be to minimise their exposure to the crash, preserve any cash that they can, and then buy more cheaply further down the slope. Those who can afford to buy outright now though, would be well-advised to do so, as while their assets, land etc. may decrease in value, this is of less significance if they plan to hold on to these assets long-term anyway, and in return they are buying themselves time to learn to use these 'tools', before they are relying on them. As she spoke, the room was hushed and fiercely attentive, and you could see people absorbing the implications of what she said for their own financial plans, and those of their communities and families. One very interesting question was from a Transitioner who is considering setting up a community-owned renewables project, based on taking out a loan to install PV, and paying back the loan on the basis of the Government's feed-in tariffs. Stoneleigh argued that in the current situation, any Government guarantee to do anything over the next 20-25 years is barely worth the paper it's written on, and so she would advise that such projects should be undertaken either without going into debt or not at all. Above all, she stressed the urgency of the situation, and that we should not expect the financial situation to look at all like it does now in just a couple of years time.

In my one-to-one chat with her on Friday night, I asked her about my Student Loan, which is currently about the most benign loan imaginable, with a rate of interest generally lower than that available on tax-free savings accounts. She argued that I should pay it off as soon as possible nonetheless, even if that takes all the money I have, as savings in the bank are at a significant risk of disappearing, whereas loans never die. Indeed, they tend to be sold on down the line until you find yourself in debt to someone rather unpleasant. We also talked about the best ways forward, given the difficult situation in which we find ourselves. We both believe that social ties are the most valuable asset we can possibly have, and that building these networks of trust is the most important work we can do. She spoke of the example of the Great Depression of the 1930s, in which despite an abundance of food, fuel, resources and manpower, the whole system ground to a halt due to the unavailability of money to connect buyers and sellers. It reached the point where farmers were pouring away perfectly good milk while people starved up the road. This put me in mind of Mark Boyle, the Moneyless Man, who I finally met for the first time at the Uncivilisation festival a couple of weeks ago. It strikes me that the simple idea of the gift economy - or Freeconomy - that he is practising, is exactly what was needed in that situation. If the farmers and the hungry had trusted each other, then without money, or indeed any other kind of transaction, a human can give another human food just for the love of it. And if the farmer needed help on his farm, then others might help for similar reasons. Perhaps if those needs coincide then barter might take place, but where they do not, the simple desire to help each other, and the trust that others will help out when you need something, could have got that society functioning again.

But as Stoneleigh pointed out, the key is building that trust ahead of time. In difficult times, your bonds with those you trust naturally becomes even tighter, as you rely on each other more, but your mistrust for those outside your circle can also increase, as you worry that perhaps they are just after what little you have. Transition has always sought to widen and strengthen those circles, and that still looks like the most important work we can be doing, but Stoneleigh hopes to suggest a few tweaks to our tactics, as well as underscoring the sense of urgency. A number of other Transitioners have already spoken to me about being rather shaken by Stoneleigh's talk, but as she kept emphasising, we are doing the right work. Critical work. (Edit - 03/10/10 Stoneleigh's powerful talk is now available for purchase here.) ps And England drew 1-1, but somehow that doesn't seem like the most important thing I learnt today! 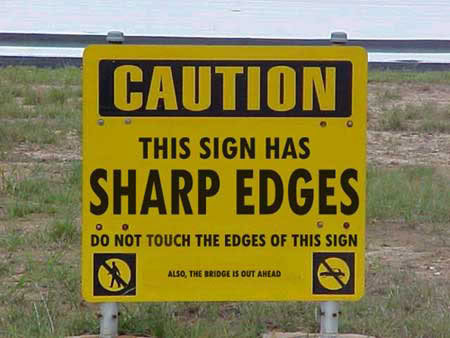 Shaun is a co-founder of Transition Town Kingston and the author of The Transition Timeline. He writes at www.darkoptimism.org