What with the founding of the new UK Department of Energy and Climate Change (DECC), our Government’s commitment to 80% emissions cuts by 2050, the election of Barack Obama, the International Energy Agency acknowledging that “current global trends in energy supply and consumption are patently unsustainable” and the latest shudders of the moribund economic system, a lot has happened since my last post.

In fact I have had a real sense, both through public events and private discussions, that things are starting to shift – that finally a recognition of the collective nature and overwhelming severity of these challenges is starting to spread. That said, at this stage the problems still appear to be worsening more quickly than our awareness is improving and, crucially, the real challenges of the interactions between these crises and the implications of addressing them still remain largely unacknowledged.

One of Barack Obama’s campaign promises was to reduce US greenhouse gas emissions by 80 percent by 2050, meaning that both the UK and US are now committed to this target. With their combined political clout, this is undoubtedly an important step in the right direction. Of course many have correctly pointed out that this target is nonetheless both insufficient and not quantified in the right terms, but what has been less widely discussed is the implications of actually achieving this target.

While Al Gore argues that “A political promise to do something 40 years from now is universally ignored because everyone knows it’s totally meaningless”, we are surely entitled to believe that when our Government commits to legally binding targets there must be at least some intention of their actually being achieved.

Yet no-one is able to explain how we can expect to reduce emissions by 80% by 2050 while continuing to experience a growing economy. Abstract talk of ‘decoupling’ notwithstanding, the logical conclusion is that the UK and US Governments are now legally obliged to shrink their economies by 2050. 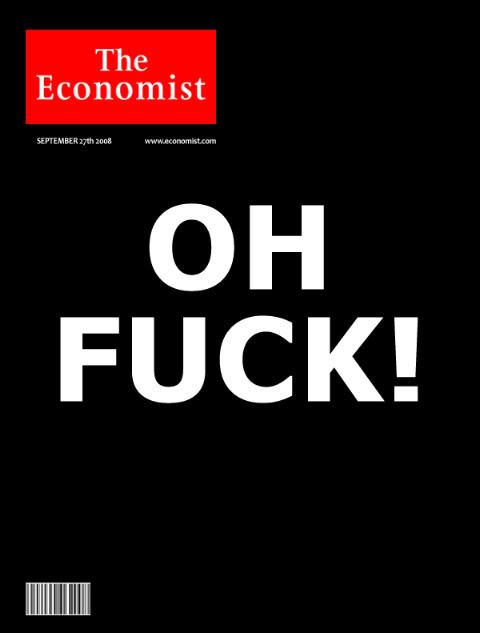 Of course the economist Kenneth Boulding famously said that “anyone who believes exponential growth can go on forever in a finite world is either a madman or an economist”, but make no mistake, inevitable though it may be, the end of economic growth will be a painful process.

Putting all of this within a context of depleting energy resources leads rapidly to the conclusion that everyone’s favourite Democrat is going to face one or two challenges over the coming years.

With all this in mind, the belated creation of DECC here in the UK must be seen as a hopeful sign. Minister Ed Miliband and his team have a chance to bring some joined-up thinking to an area where it has been conspicuous by its absence. Two colleagues of mine who have met with Mr. Miliband since his appointment have reported him to be refreshingly honest about his current lack of knowledge in the area. A touch of humility is long overdue in our approach, so I tend to see his eagerness to learn as a very positive indication.

Nonetheless, he will have to be a fast learner. If we adopt a reasonable set of parameters – that we must avoid runaway climate change, that we cannot rely on any energy sources that have not yet been invented – our options are shrinking by the day. It is already clear that reducing our demand for energy will be necessary, and it is equally clear that this could lead to great public outcry as perceived entitlements meet real limitations. Already the tightrope we are walking between climate change and peak oil is starting to fray…

ps Apologies to regular readers for the dearth of posts in the last month. I have been fully committed moving the Transition Timeline project towards completion. Edit – Seems I spoke too soon! The Transition Timeline is now being published as a book by Green Books, and so will be launched March 2009.