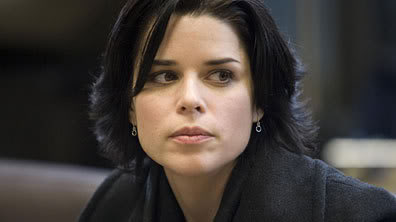 It is a dramatic account of the intrigue, betrayal, sex and violence surrounding characters in the oil industry, international diplomacy and the environmental movement in the build up to the international conference that will decide on the successor to the Kyoto Protocol. For those who haven’t yet seen it, be aware that the discussion below the cut contains spoilers.

Right, so you’ve seen it now – what did you think? Personally, despite the supposedly ‘stellar’ cast I thought some of the acting was a bit below-par, but I was shocked in the best possible way by the direction the script took.

Against all my expectations of a prime-time major channel drama this was a fascinating attempt to engage with and dramatise the over-riding tension of our times, between the depletion of the fossil-fuel resources which fuel our globalised way of life, and the growing consequences of the emissions those fuels produce.

It was great to see the scientist in the film stating that we have only 5-10 years to avoid irreversible runaway climate change – to me that is the bottom line – but the section that particularly fascinated me was the ending. 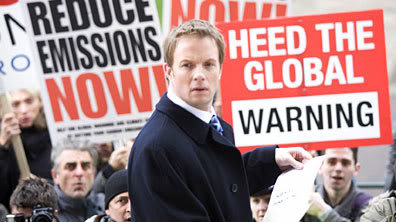 One man alone ends up holding incontrovertible evidence that Saudi oil production is in decline, and so that Peak Oil truly is already in the past, and he faces a dilemma. Does he tell the world, so that we can start work in earnest on the transition to a low-carbon future, or does he keep it to himself, since he knows full well that this information would spread panic throughout the financial markets, plunging us into global economic depression, prompting energy wars and causing suffering throughout the world.

His dilemma represents the very real tension our world faces. Our global economies are dependent on both growing supplies of accessible fossil fuels and a stable climate, so we know that our carbon-intensive way of life will end, one way or another. Yet we have now left it too late for a gentle, gradual transition to a low-carbon economy, so we can see that the crash of our existing systems, when it comes, will be painful.

This creates an instinctive desire to put it off as long as possible, but the longer we persist in our current fuel-wasting, carbon-emitting ways the faster and more vicious the crash will be. We know we really ought to go to the dentist, but maybe we can put it off for just one more year…

The pace of Burn Up seemed to speed up dramatically towards the end, and some friends less immersed in this field told me they had trouble keeping up with it all, but in essence it ended with our hero deciding to leak the information, and the credits rolled to the sound of radio news broadcasts apparently indicating the global economy falling apart as the implications of the reality-check reverberated around the world.

I must confess that when I wrote last month about the thought that economic collapse might be the only remaining solution to global warming, the last thing I expected was to be encountering the idea on prime-time TV so soon.

“The world doesn’t have to go to hell Mack, just the economy. You’re right, this information will cause the biggest powerdown we’ve ever seen. But you cut world manufacturing in half you cut CO2 emissions in half. Look it may not be tomorrow, it may not be next week, next month, who knows when but the crash is coming.”

The battle of cultural stories continues…

ps Since writing this post, I have been pointed at this fascinating interview with the writer of Burn Up.