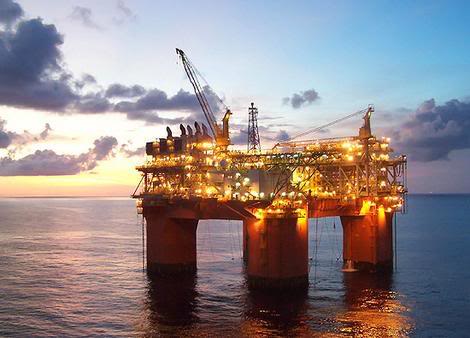 Lately I seem to be encountering many climate change activists who have a blind spot when it comes to peak oil. At present, Friends of the Earth appear to be particularly prone to this.

They assert that climate change is overwhelmingly urgent (no arguments from me there) and so that the depletion of fossil fuels is largely irrelevant. In fact they argue that it can only be good news, limiting the availability of these dangerous substances which have the potential to destabilise our climate.

But this ignores the reason why humanity is so loathe to wean itself off these fuels in the first place. They are exceptionally potent energy sources which greatly increase our ability to change our human infrastructure and shape the world around us. Energy is perhaps best defined as the ability to do work, and there is much work to be done in the transition to a low-carbon way of life.

Imagine that we simply immediately ceased the extraction of fossil fuels – as the climate change imperative might appear to demand. We would see unbelievable human suffering as the lifeblood of our fossil fuel based societies dried up. Our critical infrastructure for food supply, transportation, heating, irrigation, electricity and so on would all fail catastrophically.

So there is clearly a tension between addressing climate change and addressing peak oil. The earlier we reach fossil fuel supply limits – whether geological or voluntary – the better for climate change, but the more painful the ‘peak oil’ adaptation problems, and the higher the oil price.

As supply limitations prompt oil price rises, more and more countries (and ultimately individuals) are priced out of the market, leaving only those with enough money able to get the oil their lifestyles demand. Economists call this ‘demand destruction’, and it is the mechanism the market uses to close the widening gap between supply and demand. 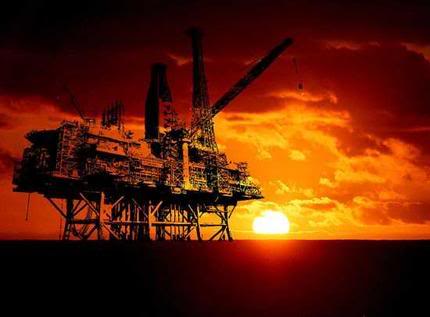 Unfortunately, markets do not distinguish between more and less essential uses of oil – if we in the UK are willing and able to pay more to run our cars than people elsewhere are able to pay to heat their homes or power their hospitals then the limited supply of oil will flow here. Demand destruction can be very cruel or even fatal for those whose demand is ‘destroyed’.

In early 2007, with oil prices at less than half their current level, the U.N. wrote:

“Recent oil price increases have had devastating effects on many of the world’s poor countries, some of which now spend as much as six times as much on fuel as they do on health. Others spend twice the money on fuel as they do on poverty alleviation. And in still others, the foreign exchange drain from higher oil prices is five times the gain from recent debt relief.

Of the world’s 50 poorest countries, 38 are net importers of oil, and 25 import all of their oil requirements.”

The more limited the supply the more demand destruction is necessary and the higher the price goes. $140 per barrel means many are simply having to go without altogether. The international oil price, then, is effectively a rough measure of how much of this cruel demand destruction is going on.

The ‘supply side dilemma’

This is what we might call the ‘supply side dilemma’ – attempting to choose the lesser of two evils. Not much of a choice some might say, and it is easy to see why there are passionate advocates on both sides of the debate.

But if we campaign on climate change without any acknowledgement of this tension we are easily (and probably correctly) dismissed as naively advocating the suffering and deaths of hundreds of millions of people. Not to mention giving those people a heck of an incentive to harness any fuels they can get their hands on – which may be even more polluting or carbon-intensive than oil. 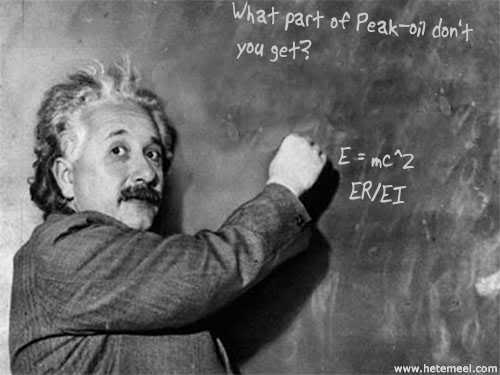 Thankfully though, there are things we can do to ameliorate both climate change and peak oil simultaneously. If we begin to wean our communities off their oil addiction voluntarily then we reduce demand, and thus reduce the need for the more painful varieties of demand destruction. We lessen the desperation for increased oil supplies and so make it easier to consider the necessary step of leaving some of it where it is as a response to climate change. The more ways we can find to reduce demand, the less difficult the global supply side dilemma becomes.

It is these win-win solutions that climate change campaigners should be fighting for, and in fact they might well find that peak oil helps their cause.

Try as we might to ignore peak oil, the stark reality is that the world will be getting by on around half its current level of oil production in 20 years time. And like it or not, some who are unmoved by moral arguments on climate change become rather proactive when they recognise the reality of such a severe impending threat to their way of life.

Activists on peak oil and climate change should be indistinguishable – it really is one problem, and we all need to be working together to ensure that the motivation it generates is channelled in the most constructive directions.

Edit – One important economic wrinkle that I missed when I drafted this piece. As oil depletion continues it is taking more workers/resources to produce a given amount of oil (because the easy to extract stuff is gone). In other words, productivity – output per hour worked – is dropping.

In such an environment workers’ wages are likely to remain stagnant, or even decline, while the cost of many commodities rises. This is a recipe for reduced growth, or even recession, and workers who cannot afford new homes, cars etc. This in turn reduces demand for oil (since it is used to both produce and run homes, cars etc), which reduces the oil price. In other words, the recipe that oil depletion leads to shortage of supply leads to rising oil prices was too simple. In fact, oil depletion leads to economic contraction and volatile prices which are sometimes very low.

And indeed, these low prices at a time when oil extraction is becoming more expensive are killing much oil production. For more on this see Gail Tverberg’s article or interview.

This wrinkle only increases our peak oil problem, and thus makes the climate change challenge even more difficult. And it brings home that – as per my 2009 book – what we face here is an energy/emissions problem, not a money problem, and we need to learn to think in those terms. Otherwise we will sit around waiting for a signal from the markets – to tell us that radical action should have begun many years ago.