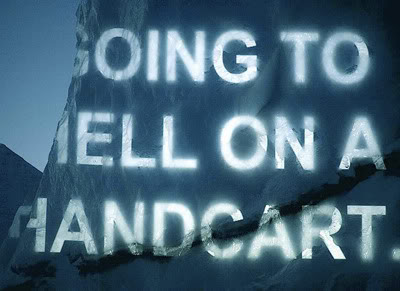 “Untitled, 2010” was written by artist Maria Elvorith for The Future We Deserve, a book project about collaboratively creating the future we deserve, set for publication in January 2012.

“The war that matters is the war against the imagination, all other wars are subsumed in it.” ~ Diane Di Prima

With each day we move towards a necessary revolution. Resource depletion, mass species extinction and the risk of runaway climate change highlight the great flaws in our current worldview and the society it has built. It is in this nebulous inner realm of intuition and story that a revolution quietly gathers strength.

And it is in this realm that art has a unique power. Its intrinsic nature allows it not only to powerfully mirror ‘the now’, but to inspire and demonstrate a vision of where we can go from here.

However, if society is not engaged with these pressing issues or actively debating the absurdity of the current system, then most artists won’t be either. It has taken a painfully long time for the predominant western civilisation to begin to acknowledge the devastating consequences of its current systems. Perhaps then it is no wonder that a lot of the artwork produced in the 21st century comments on excess, commoditisation, self-immortalisation and isolation.

Artists are a part of society, and once they are aware of or involved in a debate, they will inevitably create works that communicate this understanding, whether through content, creation or presentation. But to ask an artist to respond to something that they have little or no understanding of – or interest in – invariably produces work which is contrived and short lived. 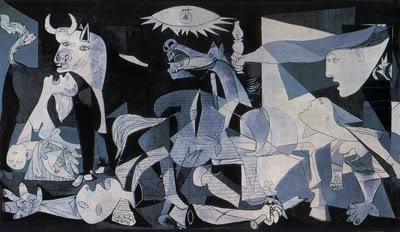 The greatest and most striking artworks tend to emerge instead from the expression of a tension within the artist, usually without a planned agenda. Take for example Picasso’s Guernica[1], painted almost immediately after the devastating casual bombing of the town of Guernica during the Spanish Civil War and famous for its depiction of the horrors of war. When asked to explain the symbolical references in the painting, Picasso would often refuse:

“…this bull is a bull and this horse is a horse… If you give a meaning to certain things in my paintings it may be very true, but it is not my idea to give this meaning. What ideas and conclusions you have got I obtained too, but instinctively, unconsciously. I make the painting for the painting. I paint the objects for what they are.” [2]

And herein lies our Catch-22. The urgency with which we need to respond to these issues calls for the inspiration that artists carry with them, which could help to move the debate forward into actualisation. Dr. Gerald Bast describes this well:

“The true beauty of art lies in its ability to move us intellectually, motivate us to follow new paths, shape awareness and character, demonstrate interconnectedness and teach us to employ all the things that surround us in a conscious manner. The achievement of social effectiveness can neither be the aim or the purpose of art. Nonetheless art has a social influence, either in the sense of change, or in the spirit of affirmation and conservation.” [3]

Yet unless artists themselves are genuinely intimately involved in the exploration, and can escape from the commoditisation of the arts sufficiently to find their true voice, then the need for their distinctive contribution may go unmet.

In a sense, the future we deserve is inevitable – we will reap what we sow. But if artists can be released from their bind, then their ability to unite our hearts, minds and imagination could catalyse the creation of a future we all hope for.