As regular readers will know, I am an admirer of the Dark Mountain Project – fellow adventurers in uncovering and reshaping the cultural stories that define us and guide our behaviour. Their manifesto is well worth a read.

So I have accepted this contribution from Dougald Hine, one of the co-founders, as my second ever guest post (the first remains one of my favourite moments of Dark Optimism). It was originally written for the Transition Network site, and we hope it will encourage you to join us at the Uncivilisation festival in a month’s time. I was at the first one last year, and it was a febrile, fertile space, pregnant with possibilities and realism. Hopefully I’ll see you some of you at the second instalment. Over to Dougald:

How do you describe a festival whose contributors range from a poet wielding a scythe, to a former banker talking about the idea of a mortgage strike, to an ex-Wikileaks hacker who’s been rigging up improvised internet services in Afghanistan? 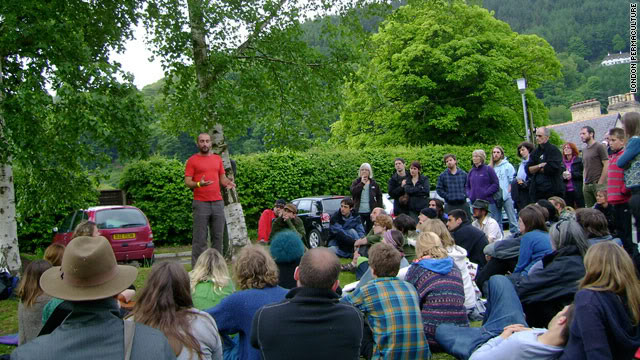 Add in lessons in foraging and brewing, midnight theatre in the woods, a celebration of the 200th anniversary of the Luddites, sessions on the future of the university and the publishing industry, as well as music from Get Cape Wear Cape Fly, Chris T-T and Marmaduke Dando‚ and you have Uncivilisation 2011, the second Dark Mountain festival, which takes place 19-21 August at the Sustainability Centre in Hampshire.

Ever since Paul Kingsnorth and I published Uncivilisation: The Dark Mountain Manifesto, two years ago this month, I’ve found myself struggling to explain exactly what Dark Mountain is about. There was never a slogan or an action plan – by contrast, the Transition movement does a brilliant job of distilling important messages into simple suggestions that people can put into practice. And yet I have come to see the difficulty of summing up Dark Mountain as part of what it has to offer: an invitation to slow down, to step out of the rush of answers and actions for a while, and dwell with the puzzle of living in these strange times.

This invitation does not have to be a criticism of more directly practical projects – but given the obvious urgency of the social, economic and ecological crises we face, it can sound at first like a perverse response.

For many people, the first encounter with Dark Mountain came through our debates with George Monbiot in the pages of the Guardian. The effect of these was mixed: they opened up a rare discussion in the mainstream media of the future of industrial society; but it was a discussion whose “energy return on energy invested” was questionable, to say the least. Like much that goes on around Comment is Free, it generated more heat than light. I still meet people whose impression of Dark Mountain‚ based on those exchanges‚ is of something combative and dogmatically pessimistic. The contrast is striking with those who have met us through the Dark Mountain books or the events we’ve hosted. When they talk about Dark Mountain, as in the video from last year’s festival at Llangollen, a word which comes up repeatedly is ‘hope’.

The blogger Cat Lupton is one of the forty or so writers who have contributed to the new Dark Mountain book, along with Jay Griffiths, Naomi Klein, David Abram and a whole gathering of other thoughtful voices. She has also written a series of blog posts charting her encounter with the project, which for me are as close as anyone has come to describing the heart of what Dark Mountain is about. Take this passage, from one of her posts about last year’s festival:

“The tribes, scattered clans, pair bonds and solitary pilgrims who assembled for Dark Mountain, whether or not I met them in person or even especially liked the feel of them, were simply extraordinary. The word I keep coming back to is ALIVE. Wildly, intelligently, beautifully, defiantly ALIVE. To be whirled up in the collective energy of so many of them at once was quite something. I noticed that by the end of the festival I was feeling strongly energised; had it been a two day academic conference I would normally have felt by that stage frazzled and wrung dry.”

Again and again, I find myself learning more about what Dark Mountain is (or could be) from reading other people’s attempts to express why it matters to them. To take another example, it was a post last year from Dave Pollard which clarified for me the relationship between Dark Mountain, the Transition movement, and other emerging responses to the mess we’re all in. He offered a diagram, mapping the intersections between our work: 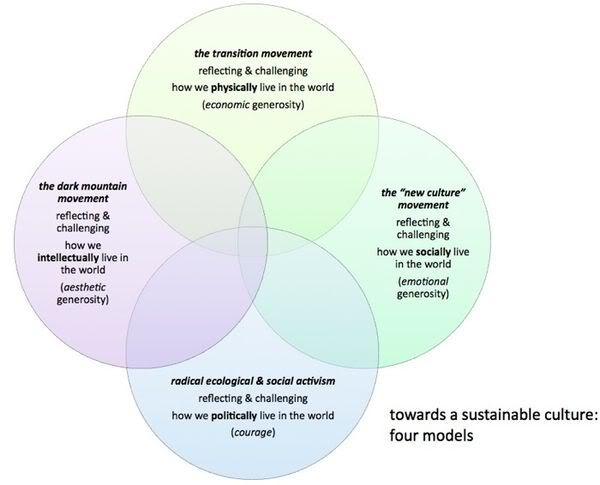 I certainly recognise the overlap Dave describes between Dark Mountain and Transition, and the way he describes the connections:

“I’ve drawn these four movements/models as overlapping because, obviously, they are connected: The Gift Economy and Joanna Macy’s Work That Reconnects, for example, are rooted in the New Culture Movement but focus as well on what we can do as activists, and aspects of both Gift Economy and Work That Reconnects are taught as part of Transition Movement training programs. All four movements are also essentially community-based, bottom-up, focused on the local, the land and people and ecosystems of the specific place we love.”

“What is disconcerting,” he adds, “is that there is relatively little awareness among those in the four movements of what the others are doing, and the possible synergies between the models.”

Perhaps this is a little less true on this side of the Atlantic? Certainly, my own work over the past few years has been fed by encounters with people active in Transition. Shaun Chamberlin of Dark Optimism, author of The Transition Timeline, was one of the first people to write about and engage with the manifesto. I’ve had many fruitful conversations with local groups, not least Transition Town Brixton on my own doorstep, but also as a visiting speaker to Transition groups from Lincoln to Kilkenny. And in February, I spent an inspiring weekend at the Transition Universities conference which Ben Brangwyn and others hosted in Winchester, which was a chance to go deeper into these conversations in an area I’m particularly passionate about.

So from my own experience, I’m convinced that Dark Mountain and Transition have much to learn from and share with each other, as we do our best to navigate the uncertain times around and ahead of us.

But I don’t disagree with Dave’s suggestion that we should get to know each other better. And it’s in that spirit that I’d like to invite others involved in Transition to join us in Hampshire next month at our second festival, for a weekend of stories and ideas, performances and conversations around the campfire.

Uncivilisation 2011 takes place 19-21 August at the Sustainability Centre, near Petersfield, Hampshire. Tickets are available from the festival website – http://uncivilisation.co.uk/ 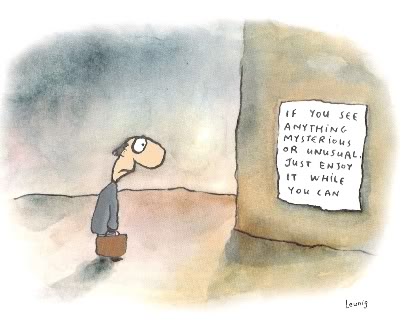