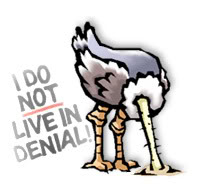 The old standby argument of the so-called ‘peak oil sceptics’ was that if we really were facing geological limits to oil extraction rates then prices would be rising rapidly. Since prices were relatively stable there was clearly no impending problem. And anyway, if prices started rising (to, say, $70 a barrel) that would stimulate much increased exploration and production and bring prices back down again. So go back to sleep and don’t let the peak oil lunatics disturb your slumbers.

Now of course, prices are indeed rocketing ($138 a barrel today, a more-than-100% increase in the past year), so have they changed their tune?

Well, amazingly Daniel Yergin of CERA has. He is perhaps the highest-profile sceptic and has consistently predicted lower oil prices, yet last month his Cambridge Energy Research Associates firm predicted that the price could rise to $150 a barrel this year. He hasn’t acknowledged peak oil, but I wonder whether he will be refunding all the people he’s been advising in the opposite direction in recent years?

But the Peak Oil sceptics now have a new tune – we can see that the problem is not geological limits BECAUSE prices are rising! The argument now is that in the context of rising prices and oil futures in contango it makes no sense for producers to strain every sinew to ramp up production – they are instead choosing to keep the oil in place and sell it later at higher prices. It’s not that they can’t increase production, but that they’re choosing not to.

There’s a nugget of truth in each argument, but isn’t it interesting that while the evidence of the oil price is the exact opposite, the conclusion drawn from it is the same.

So you see, whether prices or falling or rising they provide unequivocal proof that we are not facing geological limits to global oil production. Reassuring, isn’t it?