Why Mark Lynas is wrong to say he’s wrong!

Last week Mark Lynas wrote an article for the New Statesman in which he surprisingly argued against carbon rationing. As he acknowledges, this is a complete reversal from his earlier article in which he argued for it in the strongest of terms. Unfortunately, I believe his thinking on this is moving in the wrong direction.

His argument is essentially that we need the cheapest, simplest way of implementing a firm global carbon cap. I absolutely agree that such a cap is crucial and necessary, but it is a mistake to imagine that this alone is sufficient to realistically address climate change. The setting of a cap is a fairly abstract process – the real challenge is to develop a society that can exist within that cap.

If we simply set an upstream cap and trust to the markets to change our energy infrastructure and individual lifestyles we will simply suffer more and more as the cap tightens over time and energy prices rise higher and higher. If that process continued, eventually the pressure to loosen or abandon the cap would become irresistible – “sod your future generations, my children are hungry today”.

So the important goal is not to find the cheapest policy for setting the cap, but to find the policy most likely to engage the whole culture in the transition to a low-carbon, lower-energy society that can thrive within the cap. I will address the finer details of why I believe this leads us to TEQs and not an upstream policy in my next post, but what surprised me most about Mark’s piece is that I thought he understood all this, and that I was sure he had encountered all of these arguments before. So what changed his mind?

On Wednesday I met Mark and put this question to him. His answer was that he feels that public engagement with climate change has gone backwards over the past couple of years, and that he now considers it unrealistic to hope for public mobilisation on the issue within the 7 years or so we have left to avoid sealing our fate. For this reason he believes TEQs will not soon enough be politically acceptable, and so that we need to focus on upstream measures.

I, on the other hand, consider it unrealistic to imagine that we can address such a collective problem without engaging the majority of the population – let’s hope Mark and I are not both right! 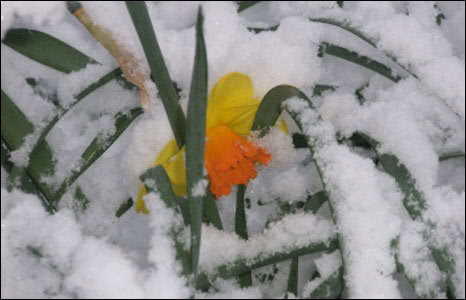 Unfortunately, while I have a deep respect for Mark’s work in publicising climate change, his article contains a number of misunderstandings when it comes to climate policy.

He makes the common mistake of describing carbon rations as a “second currency”. In truth, however, in contrast to a currency (with which one can purchase many different things) a ration on its own can only be exchanged for money, in the same way that any goods (boots, apples…) can only be exchanged for money. Tradable rations are thus just one more commodity that can be bought with money, rather than a parallel currency, in much the same way that European Union Emissions Trading Scheme (EU ETS) permits are a commodity, rather than a parallel currency threatening the Euro.

He also writes of “the oldest rationing system in the book: the price mechanism”, but ‘rationing by price’ (i.e. the richest get whatever’s in short supply) has never been a pretty process. We need guaranteed entitlements to energy for all, not simply ever-increasing prices.

Finally, Mark also has faith in the EU ETS itself, which Larry Lohmann has convincingly argued is fundamentally flawed and unable to control the emissions of Europe’s industry. Yet even if it were satisfactory, the current piecemeal approach to addressing climate change is being widely condemned. For example, the Environmental Audit Committee have stated that,

“It is clear that the Government has responded institutionally to the challenge of climate change through the creation of new bodies to tackle specific climate issues. Although this process signifies the Government’s willingness to tackle the issue, the organic process by which leadership and responsibility have evolved appears to have created a confusing framework that cannot be said to promote effective action on climate change…”

There are currently 94 present or planned policies that impact on the level of personal carbon emissions in the UK, before even considering other emissions. An overarching framework like TEQs which covered the whole economy would make many of these redundant, producing substantial financial savings while bringing a clarity and focus to our national carbon reduction strategy.