“In the sweetness of friendship let there be laughter, and sharing of pleasures.

For in the dew of little things the heart finds its morning and
is refreshed.”
– Kahlil Gibran

(read the obituary as printed
or on The Times website) 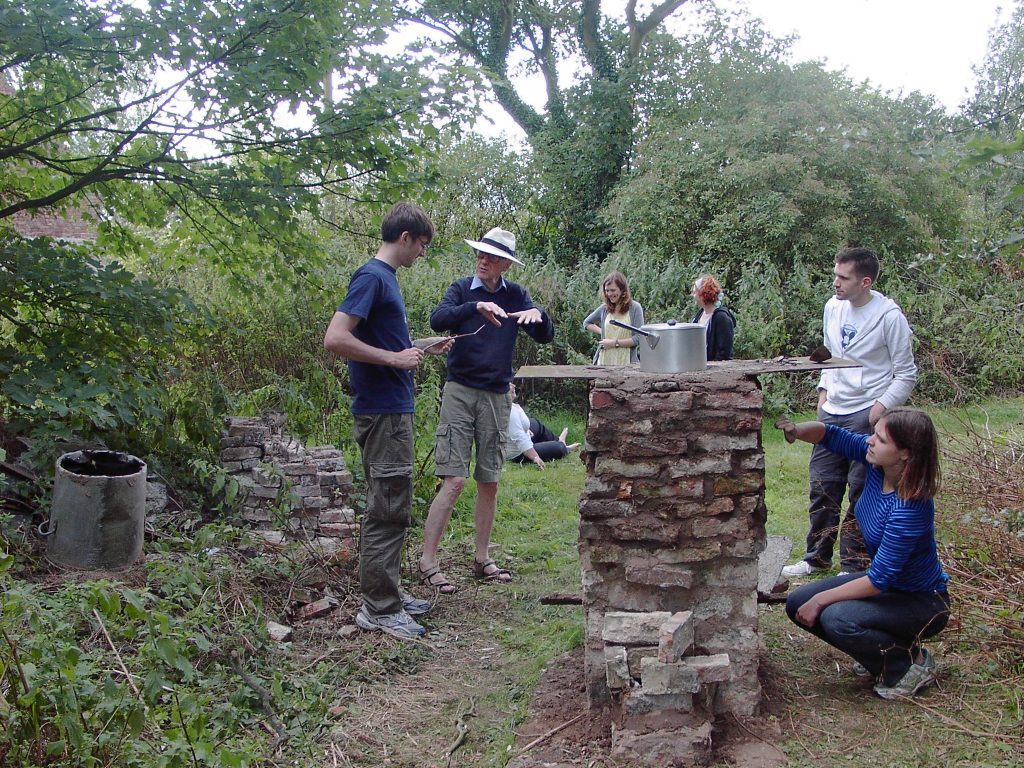 David Fleming was a founder of the Green Party and chairman of the Soil Association, but may come to be remembered as one of the first whistleblowers to highlight the dangers of “peak oil” — the idea that oil supplies will (perhaps soon) enter terminal decline, and humankind revert to some kind of pre-industrial way of life.

Writing in Prospect magazine in 1999, Fleming argued that the International Energy Agency’s most recent report represented a coded warning of an impending energy crunch. Soon afterwards the future chief economist of the IEA, Fatih Birol, suggested a meeting and told Fleming: “You are right … There are maybe six people in the world who understand this.”

The encounter gave renewed impetus to Fleming’s idea of a personal carbon allowance, or Tradable Energy Quota (as he called it). The British Government funded a pre-feasibility study into quotas in 2008; next year will see the publication of a further report by the All Party Parliamentary Group on Peak Oil.

Peak oil also largely explained Fleming’s personal commitment to a frugal life in a modest flat, and his enthusiastic participation in grassroots initiatives to prepare for a future with fewer resources, such as the ever-growing Transition Town movement. His commitment to localism was absolute. “Localisation stands, at best, at the limits of practical possibility,” he often said. “But it has the decisive argument in its favour that there will be no alternative.”

David Fleming was born in 1940 at Chiddingfold, Surrey, to Norman Bell Beatie Fleming, a Harley Street eye surgeon, and Joan Margaret Fleming, an award-winning crime writer. He had three sisters, of whom the second would die as a toddler.

He grew up in Gloucestershire and Hampstead, where he was still living when he died. His recollections of the communal gardens and orchards that flourished abundantly behind Belsize Park Tube station were an inspiration in recent years to groups trying to reestablish food-growing in urban North London.

After reading history at Trinity College, Oxford, from 1959 to 1963, he worked in manufacturing, marketing and financial public relations before earning an MBA from Cranfield University in 1968.

In the 1970s Fleming was one of the founders of the Ecology Party, which later became the Green Party, and served in the late 1970s as its economics spokesman and press secretary. But his radicalism was balanced by a profound conservative streak that puzzled many people, especially when he told them he always voted Tory.

He urged friends in the green movement to learn the language and concepts of economics in order to confound the arguments of their opponents; and did so himself, completing his PhD at Birkbeck College, London, in 1988. With his close friend Jonathon Porritt, Fleming established “The Other Economic Summit” (TOES) to coincide with a meeting of the G7 countries in London. This and subsequent TOES events would lead to the establishment of a new think-tank, the New Economics Foundation.

But Fleming’s real passion was community, and its basis in tradition and ceremony. This was not merely an academic interest: Fleming was a lifelong, active member of groups as diverse as the English Song and Dance Society, his local church in Hampstead, the Oxford and Cambridge Club, and the ancient guild The Worshipful Company of Fishmongers. He was a passionate advocate of the critical importance of pubs, and when once asked how best to improve the resilience of one’s local community, he replied: “Join the choir”.

In conversations and in public talks, Fleming spoke rapidly and eruditely on a broad range of subjects, at once enlightening, bewildering and side-splitting. He could be blunt with people who disagreed with him, and did fall out with some, but was a remarkably attentive listener and willing to change his mind.

He was always polite, sometimes elaborately so. His lengthy, goodhumoured letters of thanks were celebrated, and despite being frugal on his own account — he never looked as if he ate enough — when it came to others he was generous beyond his budget. Family and friends remember him giving a case of wine when a single bottle would have sufficed.

He enjoyed the company of children but never had any himself. In later years he formed a strong attachment to Miriam Polunin, a food writer, but lost her in tragic circumstances in 2005. She was visiting her elderly mother in Macclesfield when a man set fire to their house — with no motive, the courts later found. Miriam, 59, her mother and a carer all got out safely but Miriam went back inside to rescue a cat and was overcome with smoke, and died in hospital. She had a teenage son from a previous relationship.

In recent years Fleming was working on a book, Lean Logic, that pulls together the various strands of his thinking. His perfectionism led to numerous delays, but he was making final preparations for publication before his death and the book will be published posthumously.